Today’s story is another reimagining, though not of a fairy tale. I don’t want to give away the twist, because I like to give people a chance to figure out who the characters are. I will say, that it is an updating of one of Shakespeare’s plays.

Ever since I was reading Tales from Shakespeare as a child, I have been a huge fan of his work.

One of the highlights of our trip to the United Kingdom last summer was a trip to Stratford-upon-Avon which had always been a dream of mine. It was a lovely little town, mixing the old and new. We didn’t get to see everything I would have liked to, (like a play at the Royal Shakespeare) but we did get to tour Shakespeare’s Birthplace. It was a big thrill for me. I am so grateful to Newell for taking me on the trip last year, because who knows when the attractions will be open again.

Here are a few pictures so you can see them vicariously at least: 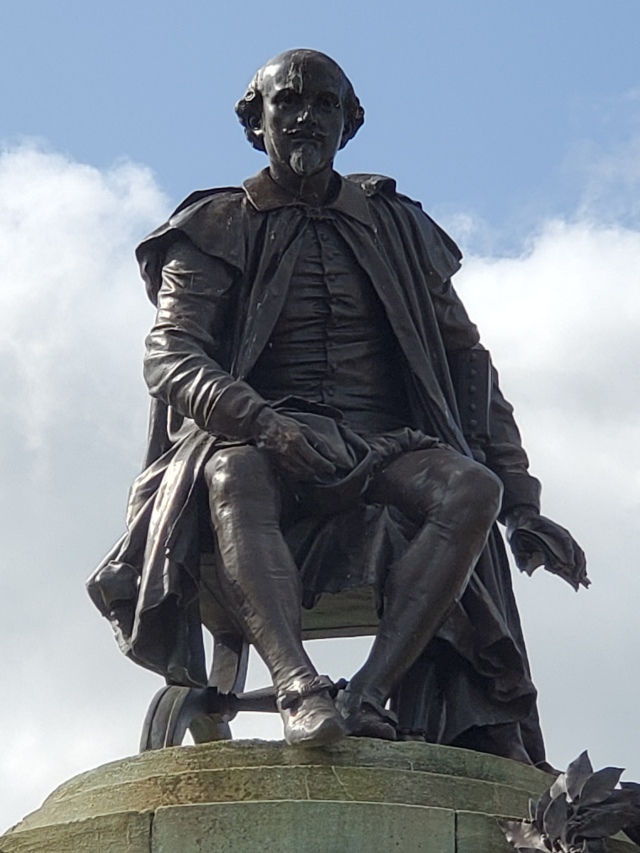 The birthplace is a real eye-opener. Think about trying to live in these cramped quarters. 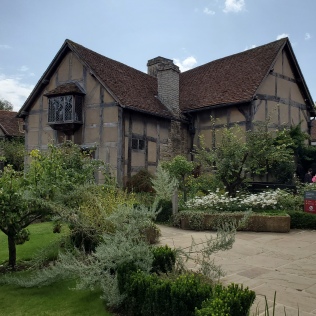 Even Newell seemed to be enjoying himself.

The Theater was also amazing, but I didn’t take all that many pictures inside it. However, there was this one banner that I have to share…

Here a couple more from the theater. 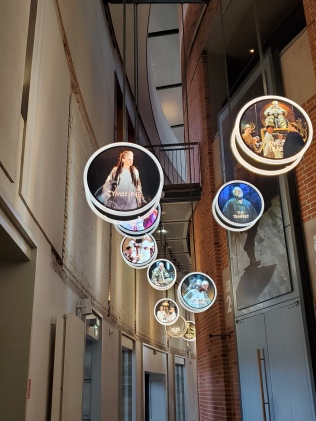 I really hope to go back to Stratford someday. It was almost surreal to be walking those same streets that Shakespeare once walked.

Rie Sheridan Rose multitasks. A lot. Her short stories appear in numerous anthologies, including Nightmare Stalkers and Dream Walkers Vols. 1 and 2,  and Killing It Softly. She has authored twelve novels, six poetry chapbooks, and lyrics for dozens of songs. She tweets as @RieSheridanRose.
View all posts by RieSheridanRose →
This entry was posted in Promotions, Reference Material and tagged Birthplace, blog, blogging, marketing, Newell, Royal Shakespeare Theater, Shakespeare, Stratford-Upon-Avon, travel. Bookmark the permalink.