Here’s an Excerpt from “Broken Crystal” 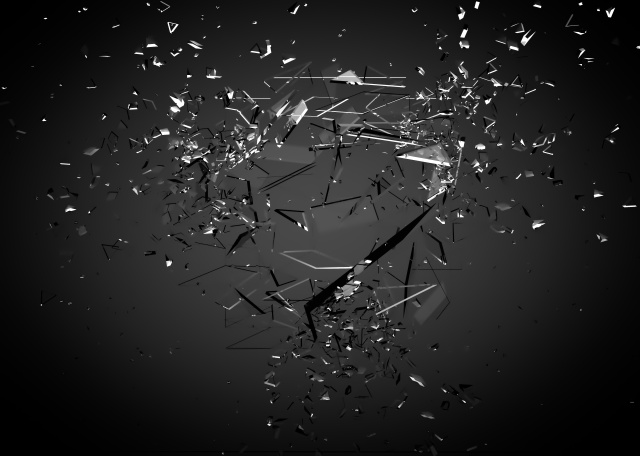 Though the Dark Divinations series is over, I wanted to give you a bit more detail about my own story. There is an interview here and a bit about the inspiration behind it here. Read below for an excerpt:

It’s the height of Queen Victoria’s rule. Fog swirls in the gas-lit streets, while in the parlor, hands are linked. Pale and expectant faces gaze upon a woman, her eyes closed and shoulders slumped. The medium speaks, her tone hollow and inhuman. The séance has begun.

Can the reading of tea leaves influence the future? Can dreams keep a soldier from death in the Crimea? Can a pocket watch foretell a deadly family curse? From entrail reading and fortune-telling machines to prophetic spiders and voodoo spells, sometimes the future is better left unknown.

An excerpt from Dark Divinations

I drifted through the parlor, fingertips brushing the velvet cloth covering the consulting table as I passed. It felt like the fur of a kitten, not that Ma had ever allowed me a pet.

The crystal sphere sat in a place of honor in the center of the table, hidden under a square of snow-white silk. Both had cost dear—as had the velvet, the table, and the room itself—but Ma had insisted all the trappings be just so.

My mind drifted back to the days when I was just Molly McBride from Belfast. Before the voices encroached on my thoughts, telling me things… Things I’d rather not have known. Things Ma beat me for sharing, calling me a liar—until they came true.

Things like my brother Danny dying of consumption off in the Welsh mines. Or Nan Elizabeth visiting my room to say goodbye the night after her funeral. My back ached for a week after that one.

When it became clear The Sight had really touched me, Ma’s eyes took on a gleam of gold, and she moved us to London, changed my name to “Madame Rose” and started charging people for my “consultations.”

At first, it was a copper here and there to find something lost, or a piece of silver to speak to a dearly departed. But, as my reputation for truth grew, so did my fees, and opulent lodging was the result. Not that I ever saw a cent of the money. Ma said it was for my own good—that she was saving for our future. I just wanted a sweet now and then.

I went along, because I was a good girl and because I had nowhere else to go.

“Please, don’t cry, Mrs. Mullins,” I pleaded. “I wish the news were different.”

“Not yer fault, luv,” replied the stoop-shouldered woman before me, dabbing at her eyes with a grimy square of linen. “I had me suspicions, o’course. ‘Tis a hard life, sailin.’ I knew there might be a day when Johnny didn’t come home. I just hoped…” She burst into fresh sobs, cradling her swollen belly. “How will I feed the bairns without him? Four mouths and a fifth one comin’.”

Glancing furtively at the parlor door, I indicated the little pile of coins sitting on the velvet—a handful of copper and silver I knew would feed her family at least a week.

The newly-made widow blinked. “Are you sure?”

Something hard came into the woman’s eyes. “She’d begrudge me, would she? Struck me as the type.”

I felt my cheeks heating. “She’s just trying to make ends meet, same as you.”

“You’re a good girl, Madame Rose. Kind and loyal. You’ll make a fine wife someday.” With a final dab at her eyes, she swept the coins off the table and folded them away in her kerchief. “You’re in my prayers, dear.”

“Thank you, ma’am.” I rose to my feet and gestured to the door. “I’m sorry to cut our time short, but I have another consultation momentarily.” And it would be better if she were gone before Ma brought them in.

The woman nodded and left through the parlor door. No sooner had her skirts disappeared around the jamb than Ma slipped in through the servant’s entrance.

“Has the strumpet left?”

“Mother,” she corrected me. “Ma” wasn’t genteel enough for her now we were city folk. “It’s nothing but the truth. Her Johnny’s been at sea for eight months now and she’s six months gone with child.”

My face grew hot once more. “You can’t know that for sure. And I just told that poor woman the father of her five children won’t be coming home. She may be in the workhouse by the end of the month.”

My Mother shrugged. “Such is the way of the world.” She turned to the table and her eyes narrowed. “Where’s her money?”

I lifted my chin, straightened my shoulders, and looked her square in the eye.

“I said, I didn’t charge her, Ma-Mother. I would hope good Christian kindness will be rewarded in its own time.”

Ma shook her head. “You’re a fool and always will be. It’s a good thing you have me to look after you.”


To read more, go to: Amazon.com or order the special edition, signed copy with hand-painted tarot cards at HorrorAddicts.net

Rie Sheridan Rose multitasks. A lot. Her short stories appear in numerous anthologies, including Nightmare Stalkers and Dream Walkers Vols. 1 and 2,  and Killing It Softly. She has authored twelve novels, six poetry chapbooks, and lyrics for dozens of songs. She tweets as @RieSheridanRose.
View all posts by RieSheridanRose →
This entry was posted in Uncategorized. Bookmark the permalink.

2 Responses to Here’s an Excerpt from “Broken Crystal”