Today’s Dark Divination is my story “Broken Crystal.” It concerns a young Irish girl with a gift of The Sight trying to use it the best way she can with a crystal ball, and still appease her mother.

I had a lot of fun researching this story. This was a particularly good resource I found, as it presented an easy to understand guide and examples I incorporated into the story. It was a little intimidating choosing one of the most familiar divination forms for HorrorAddicts.net‘s anthology, but it was the one that spoke to me.

Here’s another tip for you. If you’re a writer beginning a new piece, you should let the story tell you the PoV it needs. I’ve told this story elsewhere…but when I wrote “Broken Crystal” for Dark Divinations (an anthology I desperately wanted to be a part of) I wrote the first draft in Third Person PoV. I liked it, but it didn’t feel like it was the best it could be. I sent it to a friend for review, and she suggested I try rewriting it in First Person PoV, and it made a world of difference.

I just wish I could afford a nice crystal of my own! Though that’s not as expensive as I thought it would be… (Not that I am psychic. I just think they are cool.)

When I was a kid, I had a lamp kind of like this one, except it sat on a table, and it always reminded me of a crystal ball. It looks like that style has gone the way of the rest of the ’60s. I couldn’t find even a single picture like the original. Ah, well.

My husband has a four-day-weekend, so I have scheduled this to post on Friday, May 22. Hopefully, I figured that out. Either way, I will resume my posting on Tuesday. Sorry for the delay in the Divinations I haven’t yet covered, but we have many projects for the weekend.

And it will give everyone a chance to come to the party on Saturday! 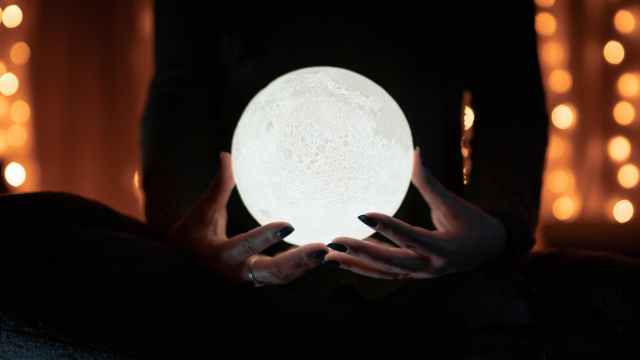 Rie Sheridan Rose multitasks. A lot. Her short stories appear in numerous anthologies, including Nightmare Stalkers and Dream Walkers Vols. 1 and 2,  and Killing It Softly. She has authored twelve novels, six poetry chapbooks, and lyrics for dozens of songs. She tweets as @RieSheridanRose.
View all posts by RieSheridanRose →
This entry was posted in About writing, Promotions, Reference Material, The Writing Life and tagged blog, blogging, crystal ball, Dark Divinations, horror, HorrorAddicts.net, psychic. Bookmark the permalink.